Update: Summer sandals, flip flop: Click on the link for the article that I wrote for Saturday’s (3 May) Kantipur. 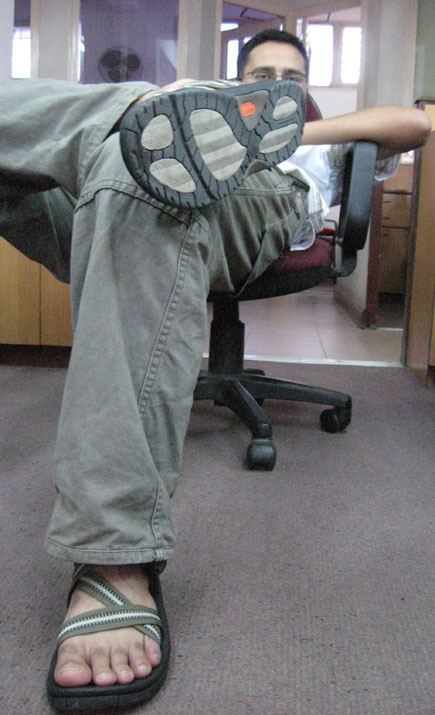 Who, what, when: I, Dinesh Wagle, bought a pair of sandals today.

Why: “That’s a very strange question to ask.”

How: Personally, went to the mall, sneaked into a few shops and found the one that I thought were good for me, bargained for at least a minute and paid the amount, didn’t take off the sandals that I had already wore and walked away from the shop.

Wait a sec, what happened to the shoes that you were wearing: Long question dude, hold your curiosity. Keep reading.

How much: After the bargain or before? 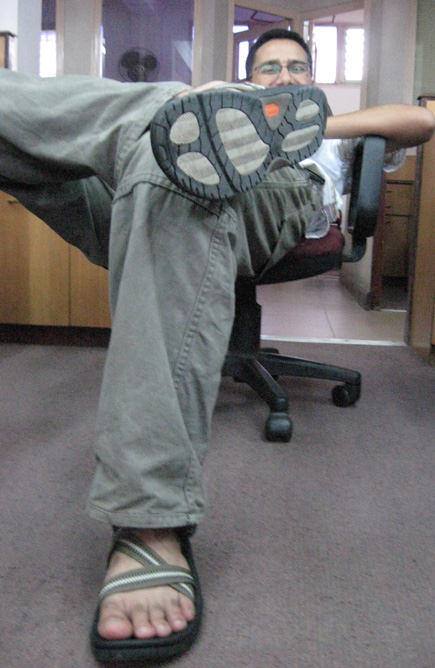 Background: I had gone to buy sandals (chappal ke chappal, hatti chhap chappal) with my reporter colleague Suraj the day before yesterday. After visiting a few shops in and around New Road and in the World Trade Center in Tripureshwor, we returned empty hand that is to say without sandals. Suraj gave me a ride on his newly bought bike and I sponsored momos on a street food outlet the in New Road and ice cream in WTC. I also bought a book by Surya P. Subedi. Dynamics of Foreign Policy and Law: A Study of Indo-Nepal Relations. In a telephone conversation two days ago about the recent talks surrounding the 1950 Indo-Nepal treaty, he had suggested me to go through the first chapter of the book. First three chapters done, I am satisfied. It’s very informative. 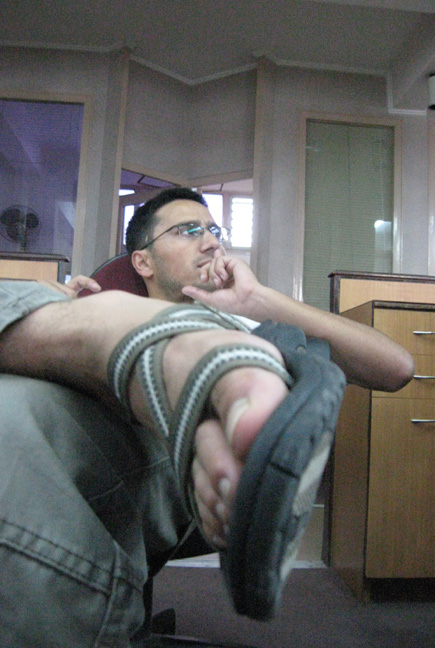 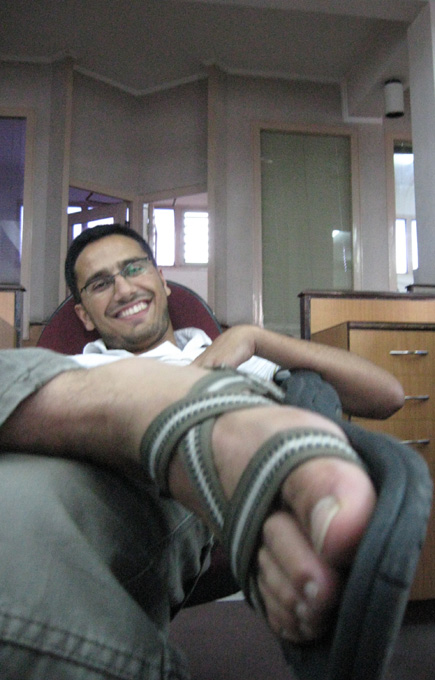 Back go the sandals, the latest: Today, when I came out of the Kathmandu Mall, my feet were wearing brand new sandals. The brand emblem almost looks like that of the North Face but the words are different: The Ventro Race! [I added the exclamation mark.] Okay, so I want to nullify that curiosity. The shoes that I was wearing before the sandals (and the shoes that I had bought in a shop in Pashupati Plaza before going to Karnali) were resting inside- the lower part- my multilayered backpack. 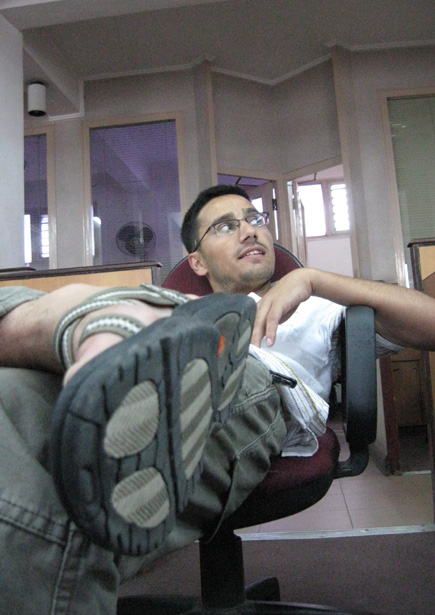 My latest shopping is part of a STORY which, if everything goes as planned, I will write in the next few days.

Apart from the story connection, my intention behind buying the sandals is to provide some relief to my feet that needed some freedom of expression and refreshment. After all, as you know, this is loktantra which I believe must be extended from head to toe. 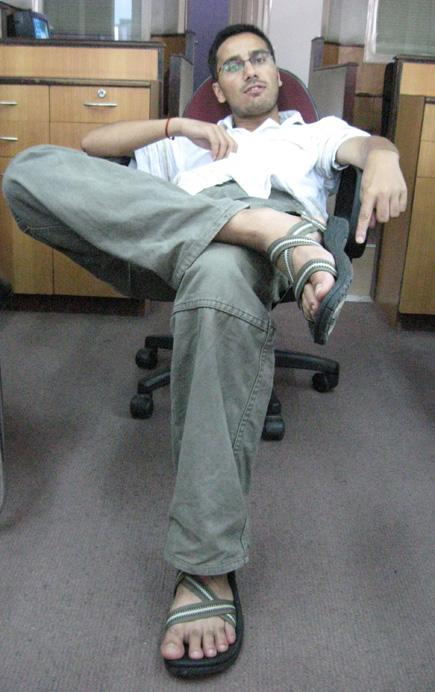 The Price: Rs. 1130, strictly after bargain. Actually the bargain didn’t work. The stated price was about 1300 and they provided some discount without me asking for the same. These sandals are cheaper than the one that I wanted to buy yesterday in the Adidas showroom WTC (Rs. 2500). You know it’s the raaj of inflation everywhere and I almost felt the heat. So to cool down the heat, I took Suraj for ice cream.

So back to that why. After buying the sandals, I started the interview. With the sahu. The sahu was so uncomfortable to talk to the customer-who-after-paying-surprisingly-turned-into-a-reporter. I know why people buy sandals. I know why I bought sandals. But I must also ask for the sahu’s views. Why people buy sandals? “Daju pani kasto prasna gareko,” he said. “That’s a very strange question to ask.”