Here are some photos from my bus ride on what people are forced to call a ‘highway’ that connects Rukum with Dang. In between these districts is Salyan. The road isn’t blacktopped which meant a bumpy ride that lasted for about 7 hours. The funniest thing is that I ended up, albeit reluctantly, sharing a hotel room with a man I met in the bus, at the end of the trip, and disagreed on the need of the road networks in Nepal. The bus halted at

Tulsipur, the final destination, where I got off along with the person. It was too late for me to go to Ghorahi (and stay there) to catch a bus from there to Rolpa the next morning. So the man took me to the hotel that he knew as he also stayed nearby and ate there when his wife didn’t stay with him. 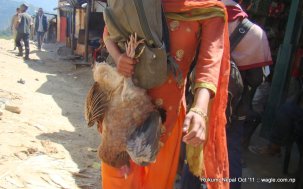 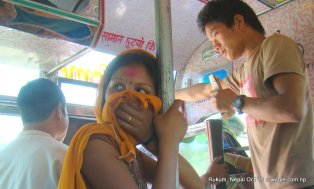 …a passenger who noted down the boy’s phone number….there’s a small story behind their on-the-spot friendship and, according to the boy who confided with me later, plans to meet later 🙂
27.705858 85.314796

1 thought on “Rukum to Dang”