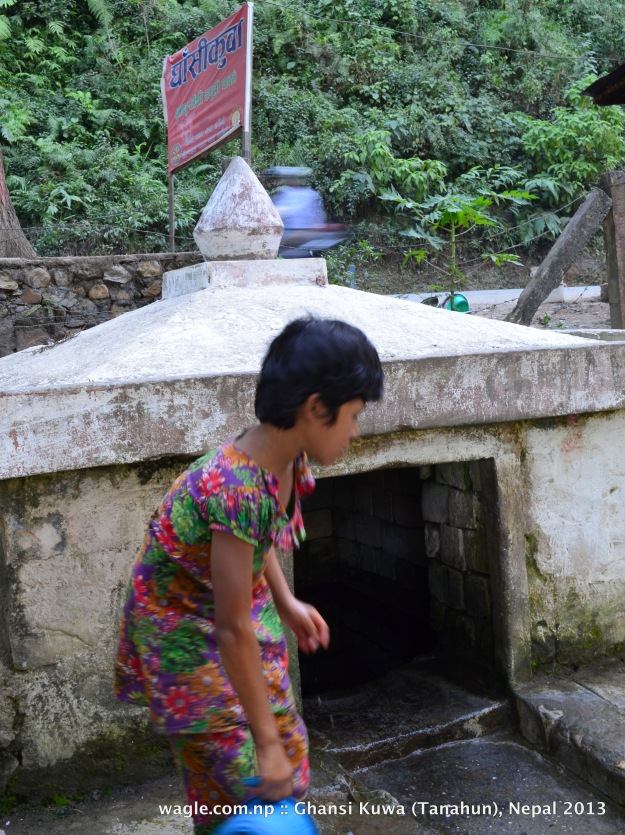 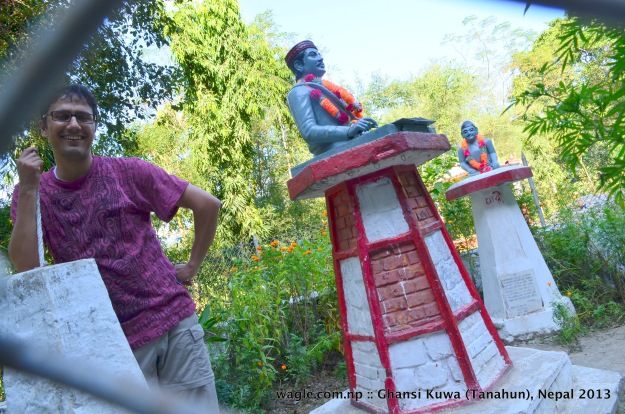 Bhanu Bhakta in the middle. Ghansi on the right.

Despite traveling on the Prithvi Highway that links Pokhara with Kathmandu several times I had never stopped at the Ghansi Kuwa to see the famed well built by the grass cutter who inspired Bhanu Bhakta Acharya to write poems and translate the Ramayana into Nepali. When I reached there a little girl was taking out water from the grass cutter’s well. In a nearby makeshift shop a lady sold bottled mineral water to drink. It was evident that today’s travelers didn’t need the water of the Ghansi Kuwa. That explained why the kuwa wasn’t in a good shape. There was a small park in need of good care nearby that had two separate statues of Bhanu Bhakta and the anonymous ghansi.

For those who don’t know the story behind the grass cutter’s well, here’s a brief background: Bhanubhakta was a young boy from a wealthy family and was leading a luxurious life. He met a poor grass cutter who inspite of his poverty wanted to build a well (kuwa in Nepali) to help the travelers to quench their thirst and be remembered even after death. This made Bhanu Bhakta realize that despite being a wealthy and educated person, despite being “Bhanu Bhakta” he wan’t doing anything good for the public. This encounter is said to have inspired Bhanubhakta to do something remarkable in life.

He gives his life to cutting grass and earns little money,
he hopes to make a well for his people so he will be remembered after death,
this high thinking grass cutter lives in poverty,
I have achieved nothing, though I have much wealth.

I have neither made rest houses nor a well,
all my riches are inside my house.
This grass cutter has opened my eyes today,
my life is worthless if the memory of my existence fades away.
(translation source)

The above poem, it is said, was not actually written by Bhanu Bhakta. It was penned by Motiram Bhatta, who researched on Bhanu Bhakta and brought the life and works of Bhanu Bhakta to the attention of Nepali society some 120 years ago, to show how the pioneering poet (aadi kavi) may have been inspired. 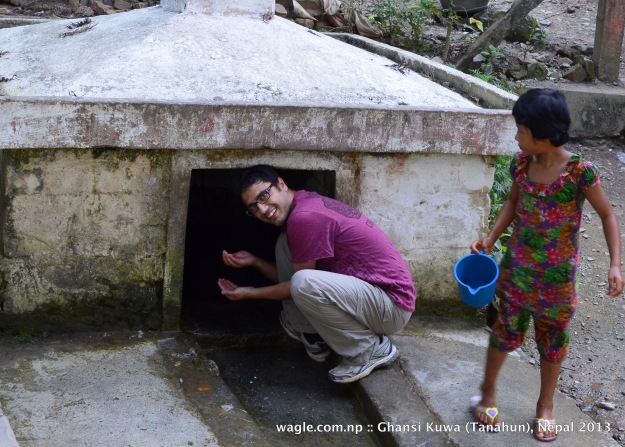 Water from the Ghansi Kuwa