Just as our April 2008 poll verdict, this Indian election, it appears, was about stability and progress of India

By Dinesh Wagle
Wagle Street Journal Here is the PDF version of the page.]

A kid, carrying the Indian National Congress Party flag, walks on the street in front of the Congress headquarters in New Delhi on the day of the counting of votes of the month-long parliamentary elections. Congress emerged as the single largest party with more seats than it got in 2004 polls. Pic by Zakaria Zainal

One thing that provides India with the world’s, particularly the West’s, trust and respect is its virtually stable and reasonably functioning democracy. Like in Nepal, votes can still be bought by a glass of drink in many parts of India and millions don’t cast their vote but vote their caste. And many don’t even care about the democratic process. They ask a brutally simple question: “How does it matter to me who wins or loses?” Therein lies a challenge to all democracies all over the globe: indeed, how to attract people to the decision-making process and make it more inclusive? But still democracy in India is a matchless outlet for people to vent their anger, dissatisfaction, frustration and, at the same time, express their desires, aspirations and dreams. END_OF_DOCUMENT_TOKEN_TO_BE_REPLACED

This is about this guy whom I have been seeing busy at his work all day, almost every day, since I came here to Jangpura Extension, one of south Delhi’s many residential complexes. He is there, right at the front of the building, on the side of the road that is attached to number B-19 whose third floor I live on. It’s been six months, and we have never talked. When leaving my apartment and returning, I see him busy at his work. Freezing cold? He is working. Scorching heat? He is busy. Every time I see him I can’t but appreciate his dedication to work. I am inspired. Look at this guy who is working so hard, standing and in harsh weather. How can you complain or possibly find difficulties in the comfort of a chair and air conditioner? How can you not complete the work that has been pending for a week? END_OF_DOCUMENT_TOKEN_TO_BE_REPLACED

By Dinesh Wagle
Wagle Street Journal
This article appeared in today’s Op-Ed of The Kathmandu Post. Here is PDF of the page

Sometimes, I wonder why the official Nepal-India relationship doesn’t become as friendly and earthy as the down-to-earth friendship I enjoy with some Indians here in Delhi. Why doesn’t the bond between the two countries become as affectionate and emotional as the bond itself? The bond being that of roti aur beti (bread and daughter) that has brought families across the open border closer together.

It seems friendship between the two nationals is not the same as the relationship between their respective countries. The diplomacy is ruthless, heartless and, in the words of a former Indian diplomat who was talking about Indo-Nepali relationship in Delhi a few weeks ago, immoral. Otherwise, a prime minister, in a nationally televised address, wouldn’t have complained about foreign intervention albeit without naming the country (but who doesn’t know the name!). And his finance minister wouldn’t have angrily told an Indian channel the story, in his own words, of the intervention of Delhi’s bureaucracy in Nepali affairs. END_OF_DOCUMENT_TOKEN_TO_BE_REPLACED 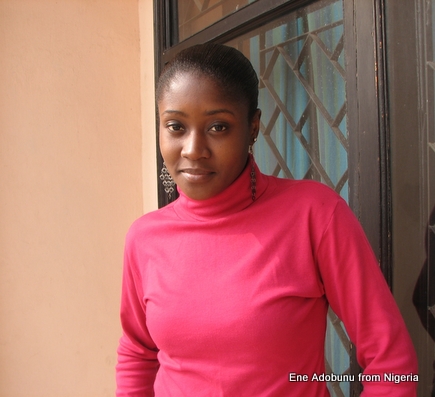 As India experienced splendid progress in bringing out some of the world’s best information technology (IT) companies and beautiful ladies on the world stage in the 90s, many people considered IT and beauty as two hallmarks of India. The 90s witnessed the phenomenal rise of tech firms like Infosys, Wipro and Tata Consultancy Services and the pleasant arrival of beauties like Aishwarya Rai, Sushmita Sen and Priyanka Chopra on the international arenas of Miss World and Miss Universe pageants. But although India is thriving in both sectors, the ride hasn’t always been smooth. There are countless instances of failures in both industries. Not all Indian beauties make it to the top positions and not all IT companies make the amount of profits they claim. Last month was of particular interest as it saw a missed chance for an Indian beauty on the world stage and the exposure of the largest ever fraud in India that involved an IT company. END_OF_DOCUMENT_TOKEN_TO_BE_REPLACED