A few “interesting” things that I noticed while wandering around in London and York. 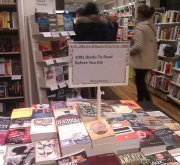 This staircase has 175 steps…. 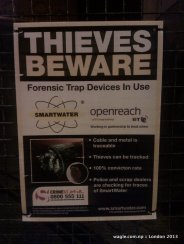 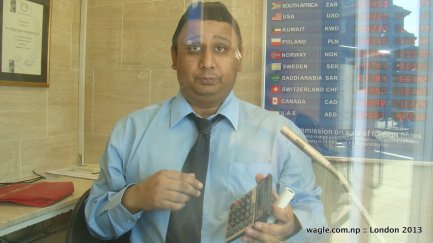 This dude, named Anand, runs his business of cheating just infront of the new Department of International Development building at Whitehall. He gave 10 pounds less for every 100 US dollars. Wouldn’t have given him the pleasure of ripping me off had I known his business practice beforehand. When I realized he was not giving me the normal rate it was late by about one minute. And he wouldn’t exchange the money back. Lesson: Don’t trust money changers even if you are in central London.
27.705858 85.314796

Things that you didn’t see or experience while growing up often generate curiosity in you whenever you come across them. The level of curiosity increases if such things are not yet part of your daily routine. They invoke a desire in you. The desire to own, control or use them. Rail network is one such thing that we don’t have in Nepal. Many in Nepal want to see a functioning railway network in their country. They want to travel in trains.

Many of us get our first rail experience in India because of the country’s geographical proximity and other socio-economic reasons. My first real train journey (not counting the metro rail commutes in DC and NYC) was in India in 2008 when I traveled to Trivendram in south from Gorakhpur. It was a long and tiring journey that also gave me a story to write for my paper at the time. More than anything else, that particular journey provided me an important glimpse of the wonder that the Indian railway network is. END_OF_DOCUMENT_TOKEN_TO_BE_REPLACED

How? I was lying on my back on the ground of Lodhi Garden Friday evening hoping to count a few dozens stars. Then this idea of going to Taj Mahal struck me. (Pics from last month at LG: One, Two, Three.) I had gone there with Satish. He started lecture about where can trains can take me in India. He also tried to convince me against driving to places like Mathura or Agra (as opposed to train journeys) arguing that I was still not “acclimatized” with Indian roads and traffic system. It was already 8 PM and was decided on that auspicious hour that we leave for Agra in less than 10 hours. I woke up even before the alarm clock that was set for 5 am performed its duty. I think that was the earliest in years. My usual wake up time is around 9 am while 7 am or 8 am are generally early hours for me to get out of bed. I woke up, took shower, put new clothes and was ready for the day. Then I called Satish only to hear from his mother that he has gone back to sleeping after he was woken up at 4 am. I was determined to make the trip happen. So I moved out of home, towards the nearby Nizamuddin railway station to catch a train to Tajmahal, Agra. The Taj Express was scheduled to leave the station at 7:15 am. END_OF_DOCUMENT_TOKEN_TO_BE_REPLACED