See the related article [Motorcycle Diary] in Nepali in Blogmandu

Recently I went to some “remote” areas of Lalitpur district pillion riding on my reporter colleague Suraj Kunwar’s Honda Shine. During the overnight trip we rode over the bumpy roads, stopped for tea and snack in small tea-shops and stayed in a dirty lodge. But the food was good. The village was beautiful and we went around the village, sneaked into the residential compounds, and talked to the locals.

The first day of the two-day journey occurred under heavy rain. We continued riding even as the pouring continued as if that would sweep away the hills from where the road went through. The raincoat wasn’t able to save us from the water. That was fun. The leeches were at times scary especially when you found them sucking blood just above the middle of your thigh! There was couple of moments of cultural shock. One included the tea-house lady offering me a glass of local liquor instead of tea because the locals understand that you are asking for the raksi (liquor) when you ask for tea!

I describe the journey in an article titled- what else- Motorcycle Diary– that was published this Saturday, 26 July in Koseli. In this and couple of other posts I will be publishing the photos from the trip that depict many aspects of our little adventure in the villages and on the trail.

That’s me, the bearded guy with messy hair.

Suraj cleans the bike as we return from the trip. The road was muddy which meant the lower side of the bike was covered with mud. 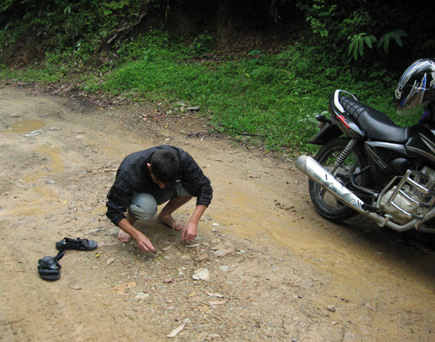 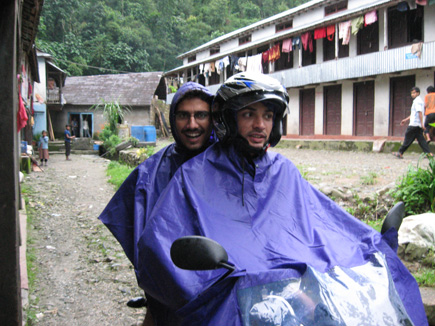 Wrapped in the raincoat. In front of the lodge where we spent a night.

Enjoying snacks that we had carried in backpack. We bought them in a department store in Lalitpur.

After eating, the acrobatic stunts started. The photos of my acrobatic display will be posted in another entry.

The boy and his sling!

As seen while returning back to Kathmandu

As seen while returning back to Kathmandu 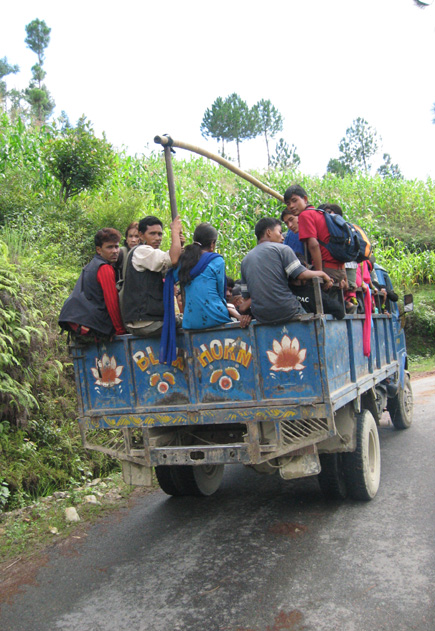 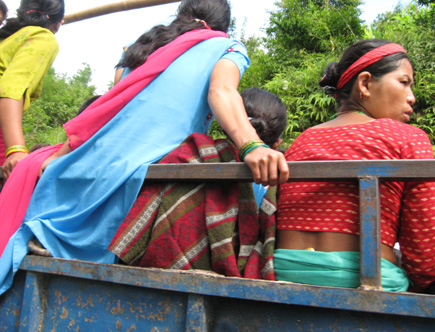 The greenery of Lele village, Lalitpur 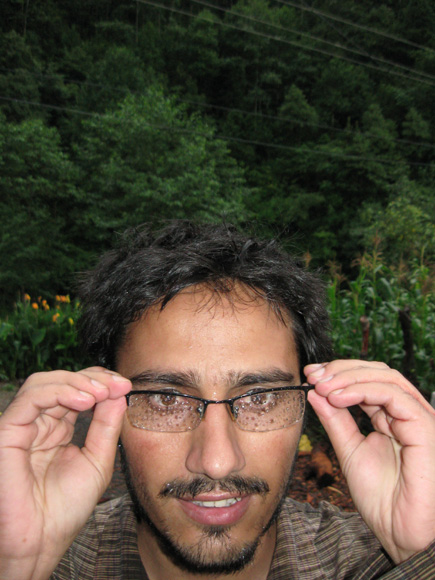 Raindrops on the glasses…..that constantly blurred my views