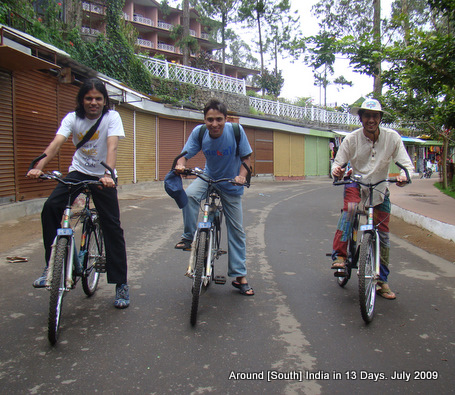 July 7: We arrived here late yesterday (10 pm) and after a quick haggling with a tout and the owner, we slept in a lodge. We had planned to wake up early in the morning but were understandably too tired to do so (re: Alleppey-Madhurai overnight general compartment train journey and four hour bus trip to KK from Madhurai). We woke up at 9 and after shower, went out for the tour. Hired bicycles and went around the town and the lake with 5 km circuit for four hours. Many Churches. Place is somewhat like other Indian hill stations like Mussoorie and Darjeeling. Big basti right on the hill.

Coaker’s Walk, 500 mt long and just above the lake on the other side of the hill, is nice. They charge Rs. 2 just for the walk on the trail. I found that funny. They are basically charging for the view of the valley. There’s a binocular tower too.

The lake could be a pleasant surprise if you do not read Lonely Planet before going there. Since I was born and raised in hills not drastically different from Kodaikanal (altitude: 2100 mt), I didn’t find anything awesome apart from the fact that there’s a lake up there. But then I have seen more breathtaking and picturesque lakes in Gosaikunda at the altitude of 4 thousand meters.

While returning back to Kodaikanal Road railway station-three hours of bus ride downhill-I was feeling slightly uneasy. One, we hadn’t eaten except a cup of coffee, a doughnut, and a local fruit for the whole day. Two, we were seated on the seat at the back row of the bus. That was he’ll lot of bouncy drive. Three, the road was curvy. I thought I would throw out. I didn’t but Ishwari did.

We got off near the railway station to change the bus. There we ate Biryani which was awful but we were starving to complain. Ishwari was back in shape. So was I.

After waiting for an hour at the railway station (I typed these entries) we boarded the train to Chennai. 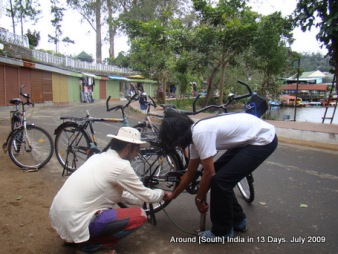 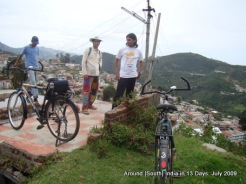 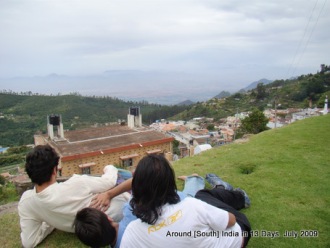 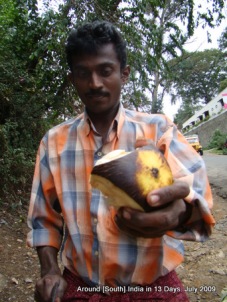 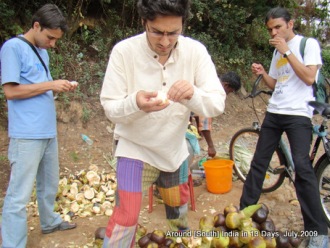 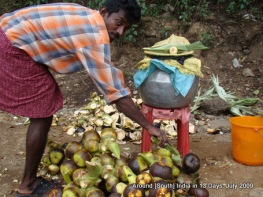 Wondering where Ishwari is looking at? See next pic 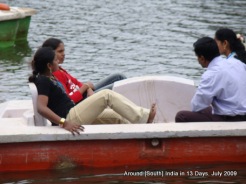 Dhoti and the Meenakshi
To Ernakulam and In Fort Cochin
Loading Comments...