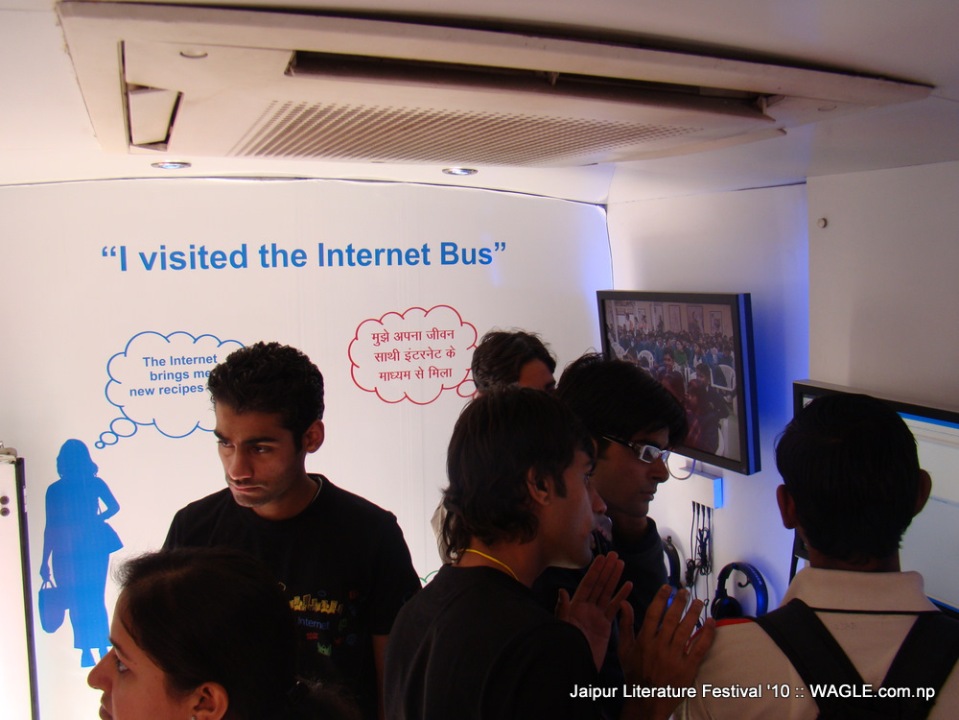 I though it was very impressive of Google…

There was a large van, dubbed Google Internet Bus, equipped with internet-connected computer monitors and headphones at the entrance gate of Diggi Palace Hotel, venue for Jaipur Literature Festival 2010. Google’s creating awareness about the Internet by sending such mobile vans all over Indian cities, I was told. Boys clad in black t-shirts explained about the Internet and the Web to curious visitors who sneak inside the bus and helped them create, for example, Gmail accounts.

Couple of months back I had seen Google pamphlets in a photo studio in Delhi that encouraged small businesses like the studio to freely enlist themselves into Google Maps so that people could easily find them.

Google Map came handy to us as we entered Jaipur. It was Google Map in my iPhone that really helped us navigate into the city and find hotel (with, of course, little bit of help from bhaiyas on the streets). The real-time tracking system that works on iPhone reasonably well let us know where we were and where we were moving to. A small blue dot moves as we move giving us a sense of real-life street navigation.