19 July- Can’t remember the last time I was here but it doesn’t look very different. The temple, built several centuries ago over a small hilltop in Bhaktapur district and recently renovated, looked new. Read the history of Changu Narayan here 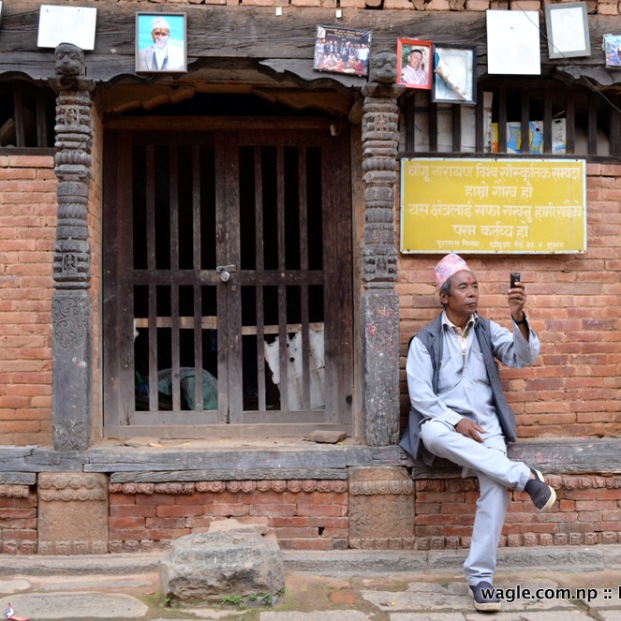 at the temple complex 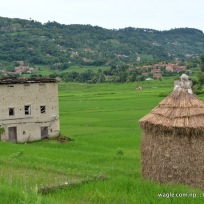 on way to the Changunarayan temple/hill 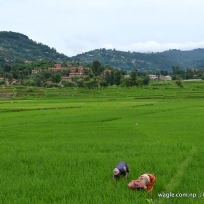 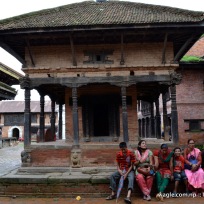 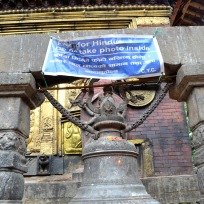 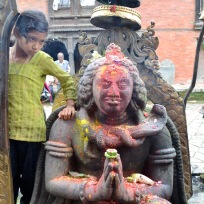 at the main entrance to the temple 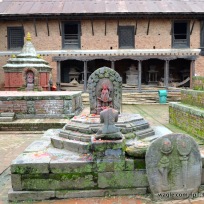 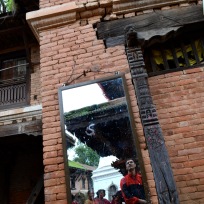 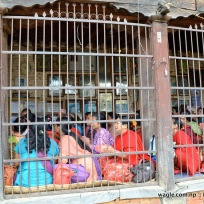 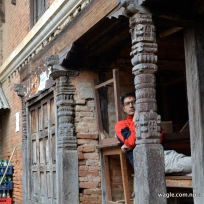 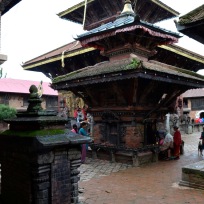 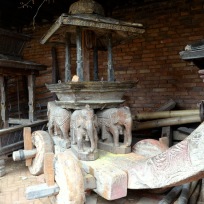 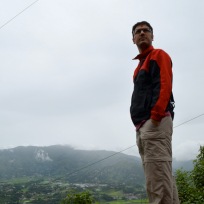 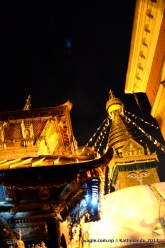 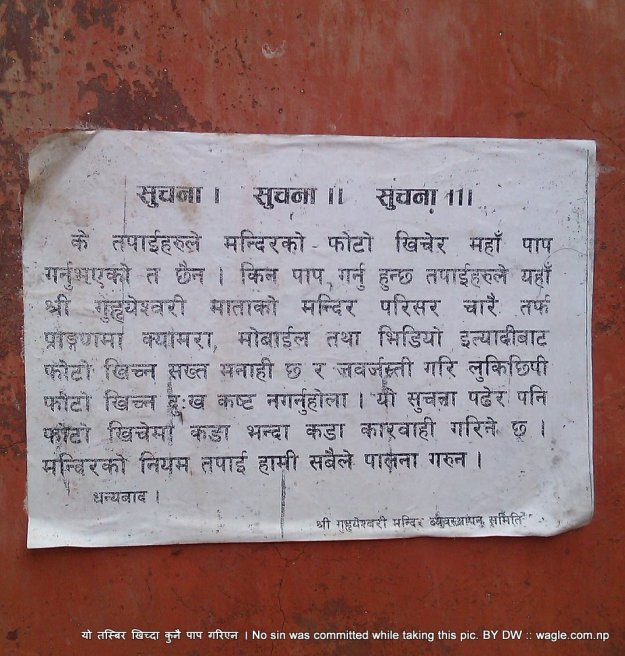 Are you sure you are not sinning by photographing the temple? Why do you commit a sin? Photography (still, mobile, video) is strictly prohibited in the Goddess Guhyeshwari's temple complex. Strong action will be taken if you photograph temple after reading this notice. Let us all abide by the temple rule. Thank you. -Shree Guhyeshwari Temple Management Committee.

I got very angry when I saw this notice pasted on the walls of Guhyeshwari temple complex today afternoon. My blood is still boiling- six hours after I first saw this. I felt like giving a tight slap- saale ko galai ma- on the cheek of this guy who ordered for this to be pasted here. The kind of slap that leaves imprints of all five fingers clearly visible on the cheek and the person receiving this falls instantly on ground. And then a few kicks on.. you name the body parts. And throw him on the nearby Bagmati river.

Photography could be barred at certain places. Fine, though I don’t see any reason to do that at temples complexes. What harm will be caused to the God if someone photographs Him? Still, I have no problems if some temples restrict photography. BUT I have problem with the tone and language of this particular notice. It associates SIN with photography. A classic example of playing the “paap lagchha” card (babu, teso garnu hunna, paap lagchha), playing with the religious sentiment of people, exploiting the ‘superstitious instincts’ of many illiterate people of Nepali society. Instead of giving convincing reasons, scientific argument for barring photography in the temple the notice associates the act of photographing in the temple complex an act of SIN. Who the hell is this person or the committee to decide that photographing the temple or the deity is a sin?

Another insane thing one can see at Hindu temples is a notice that says: “Entry for Hindus only.” Why do we restrict people from other faith from entering temples? Will they eat our deities? Utter nonsense. A Shillong-based Nepali-speaking writer and an ex-Indian army officer once told me: “How do we tell people of other faiths about Hinduism when we bar them from entering our temples? Who wants to learn about Hinduism when they can’t even see the Hindu God and Goddesses?”

P.S.: I am not concerned about spreading Hinduism or interested in converting people of other faiths into Hinduism.I am against Hindu fundamentalism. And I also strongly protest any efforts of converting poor Hindus of Nepal into other religions. BUT I don’t agree with such foolish notice that associate photography in temple premises with sin.

Links:
1. Burning Effigies [in the Name of Lord Shiva]
2. Politics of Religion and Conversion 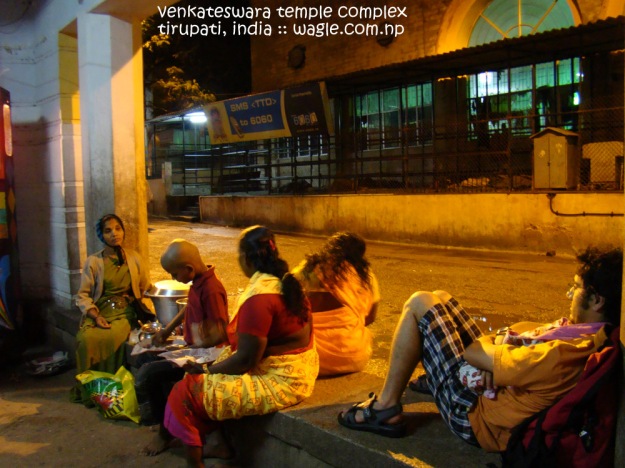 ...I spent the rest of the night leaning against a concrete staircase inside a huge hall full of hundreds of people trying to get some sleep. (This pic was taken before I moved in to the hall.)

It was 1 am when I reached Tirupati Balaji temple in Andhra Pradesh.  Tired of the long journey from Mahabalipuram via Kanchipuram I was planning to get off the bus and head toward the nearest hotel. God had different plans. I was surprised to see bustling crowds of devotees at that hour of night and shocked to learn that no room was available in the whole of the temple town. I spent the rest of the night along with my co-traveler leaning against a concrete staircase inside a huge hall full of hundreds of people trying to get some sleep. When the day broke we moved towards the temple hoping to get inside for darshan.

The richest temple of the world, formally known as Venkateswara temple, is hidden from the devotees until they pass some barriers. A glimpse of the roof of the temple could be seen from a small hilltop. Devotees wishing to go inside the temple have to pay Indian Rs. 300 so that they could stand in a queue that is supposed to have less people. But that priority queue appeared to be a couple of kilometres long, forget about the regular one that I guessed could have extended several kilometres more. We decided not to go for darshan. END_OF_DOCUMENT_TOKEN_TO_BE_REPLACED