In Kathmandu, things are a bit chaotic for its size.

So how’s Delhi?” many of my friends asked me when I was in Kathmandu recently.

I had stayed away from Kathmandu and lived in Delhi for a year.

The question expected two different answers: Some wanted to know about city life while others were interested in the political happenings in the Indian capital vis-à-vis the Nepali situation. Some had asked out of curiosity while others for formality. The conversations inevitably moved towards comparison. Some said “Delhi ma ta ramro hola hai?” (It must be good in Delhi, no?) citing things gone disappointingly bad in Kathmandu.

Delhi isn’t a great city of the world that is vastly different from Kathmandu. The only major difference is that the Indian capital is, to some extent, cared for by its government and citizens. It is well served. The government is pouring money into the city to build infrastructure. Apart from creating the “world class” metro rail system, they are making flyovers to free the roads from traffic congestion, paving roads and constructing stadiums to host games of international importance. A new flyover was scheduled to be inaugurated this week on the outer ring road of Delhi (Kathmandu has been only talking about the outer ring road for years). Delhi is gearing up at war pace to host the Commonwealth Games next year. Apart from the developmental activities, a general sense of order and discipline prevails in Delhi though incidents of crime, some of them horrifying, do occur. 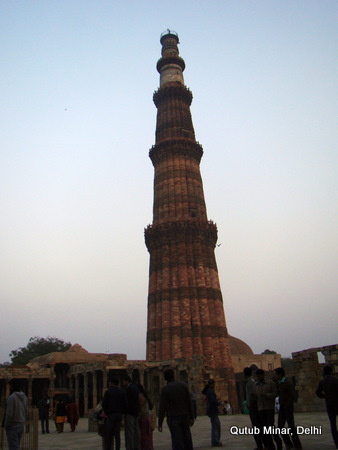 It’s not that we are too poor to build an overhead bridge or pave a few roads in Kathmandu. It was reported last year that the Finance Ministry was having a hard time finding projects to spend money on. The problem is that we don’t have what it takes to spend the money properly. We don’t seem to be able to purchase an airplane without creating a national controversy, let alone bigger projects that can truly change the life of a city or its people. The growth of different aspects of Kathmandu including its economy is not entirely negative. It’s just that things are happening at a very slow pace (and the people of Kathmandu deserve better than this).

In the past one year that I was away from Kathmandu, I noticed during my visit that something had improved. The interior roads have been paved at several residential areas including at Sinamangal (that is popularly known as Pepsi Cola Town Planning). Even the dust smelled good, as my friend put it, on the part of the Araniko Highway where a massive road widening and improving project is underway. Of course, the dust and traffic disturbance causes annoyance; but I felt people were willing not to think about that as long as the work went unhindered. They knew that whatever is happening is for the betterment of the city. That is why, I observed, they took it as a treat from the project when a truck sprinkled water on the road twice a day to minimize the impact of dust on the people passing on the road. “Where there is nothing,” said my friend, “even the smallest of a good thing comes as a grand gesture.”

Being big in geographical size and population shouldn’t necessarily mean the city can provide better services to its people. With an area of 1,484 sq km, Delhi, officially called the national capital territory of Delhi, is almost thrice the size of the Kathmandu Valley (556 sq km). There are more cars (about two million) in Delhi than the entire population of Kathmandu district. The estimated population of the valley is 3.5 million, whereas around 15 million people live in Delhi. Around 350 aircraft land at Delhi’s Indira Gandhi International Airport every day (at Tribhuvan, it’s hardly a dozen or two). Size and numbers should not be the good reasons to make us feel smaller. What should really trouble us is the general state of affairs in Kathmandu for which we the citizens and the government are responsible.

Who is to blame other than us if our public transportation system is so dysfunctional? Every evening, there’s a chaotic scene at the old bus park as people struggle to find and get into buses and microbuses. The same situation can be seen in Delhi during office hours, but the difference is that there’s certainty in Delhi about the arrival of next bus. Delhi’s three-wheeler autos are notorious for not turning on the meter, but they never charge exorbitantly like the cabs in Kathmandu do. A taxi charged me Rs. 150 to Durbar Marg from New Baneshwor, and another’s meter showed Rs. 250 for the return trip via the same route.

“Welfare of the mass is nil,” my friend said. “No services to the public from the city. The people are the last priority for anyone.” Parties shamelessly indulge in big slogans like “civilian supremacy” while the people are in fact suffering. They call bandas on a wedding day and create anxiety. I almost became a victim when the Maoists announced a banda on the day I planned to marry and withdrew it at the eleventh hour. Many brides and grooms, as the Economist later put it, had extra blessings to count when they married on Dec. 9.

“The country’s Maoist party had called a nationwide strike on one of the year’s few auspicious nuptial dates. But fortune smiled. The Maoists postponed their blockade, and hundreds of weddings took place.”

In Kathmandu, things are a bit chaotic for its size. And this is not because it does a large volume of business. We didn’t plan our city, the residential areas and business zones. Construction is taking place in a way that reflects anarchy. On the road, as stated earlier, our sense of traffic is zero. Delhiites are not any better, but that can’t be a reason for us to be satisfied. Bikers and microbus drivers behave like the rule should follow them, not the other way around. I was almost hit by a bike at Thapathali, and it was not my fault. I was on the pedestrian lane and the biker had abandoned the road. Motorists jumping red lights is a common sight in Kathmandu roads. Not that there aren’t enough traffic police on the streets (or may be); but the problem is, I feel, such “acts” have become kind of legal in the chaotic society that Kathmandu is. After all, this is a place where anyone, at any point in time with little help from a comrade or two, can easily and proudly stop traffic movement, break a few railings and smash a few windows.

I was pleasantly surprised when a friend took me to a movie for a night show (starting at 9 p.m.) at the Kumari. Such shows and other late evening activities had become casualties of the “security” situation of the country. City life had suffered a lot. “Early to bed and early to rise” could make a human being healthier, but great cities hardly sleep. They stay awake all night because their residents are busy at work or pleasure. In the darkness that Kathmandu falls asleep every late evening is reflected lack of life and opportunities in the city. The city desperately needs to wake up to reality. We, the people of the city, and the government should work together, rather than shouting slogans and blocking traffic, to make that happen.

This article first appeared in the op-ed page of today’s Kathmandu Post. Here’s a response.