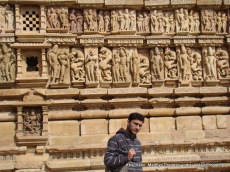 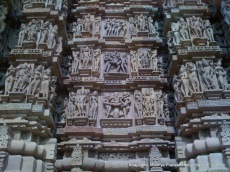 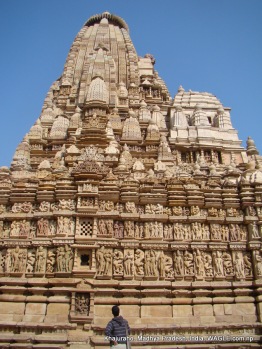 Man at work: near Jain temple

A sculptor at a souvenior shop near jain temple

This stunning statue of the bathing lady was standing in a park near the Khajuraho bus stand.

At the rooftop of Raja Cafe, Khajuraho

Everyone wants to caputre the carvings, sculptures and statues in Khajuraho