First day’s walk had been longer than it should have actually been. That had made me more tired.

So I woke up at 8 am even though the alarm bell on my cell phone had dutifully alerted me at 6:30 am. After having a cup of tea and a Tibetan bread I was ready to explore the valley. It was my plan to explore the Dhorpatan valley in the morning before resuming the walk for a few hours to reach a place called Nishel Dhor (or Nishi Dhor). As per the suggestion of the sahuji of the hutel, I took the shortcut to reach the other side of the valley. That meant avoiding the proper trail which has a bridge to cross the river and saving myself from walking about an hour just to reach the other side where offices of the hunting reserve and a Tibetan refugee settlement are located. Both are close to the airstrip under maintenance.

So I wanted to go to the other side (lap of the facing hill) of the valley. I had to cross the river. Instead of walking to the bridge I went straight and walked over the grazing filed divided into several sections by the river that was also divided into several streams. Sahuji had old me that I could make it to the destination in about 20 minutes. I crossed the streams at 7 points- two of them were big with up to knee deep (on the shallower point) water.

I finally made it to the other side of the valley. The office of the hunting reserve was closed. Obviously. It’s the Dasain day. The day of Tika. I went to look for the Tibetan refugee camps. I saw a woman washing clothes on a tap by the trail. She turned out to be a nurse working for a small health post run by the Tibetan government-in-exile. She told me that she was in Dhorpatan as a Tibetan government employee. Apart from this remote location, her job has taken her to many other Tibetan (refugee) settlements in mountainous region (as part of the posting in rural areas.) If she had total control over things, she said, she would have stayed in Pokhara. Her previous posting was in Humde, Manang. She said she was happy to have a government job (that paid her around Nepali Rs. 12,000) and serve her compatriots as well as Nepali population.

Three other Tibetan women arrived at the tap. Not to collect water or to do anything related to tap. The elder one, 40, asked me if I was a reporter. She knew a reporter from the area. After a while, as I was returning to the hotel via the same unclear and unspecified route I met an old woman at a shop. She too knew this reporter who is a friend (and ex-colleague) of mine. She too had a message: “Tell him the Chhantyalni of the shop in the ground asked about him.”

I came back to the hotel. This time it was easier to navigate the grazing field. Ate the food that had just been cooked. I had spent three full hours exploring parts of the vally and walking on the riverside. The water was icy, my feet will remember the cold for some time to come. This river gets a new name as it goes downward and leaves Dhorpatan behind. The new name is Sani Bheri. This river is also called as Uttar Ganga.

Then I started my trek at 12 aiming to reach a place that everyone said was about three hours of walk away. They were all correct. It took me three hours to arrive at this place (Nishel Dhor). A small musical ceremony was going on at the small hutel where I decided to stop and stay for the night. My shoulders are happy today. No uphill to climb, no sweating, no scorching heat. I love to walk on this altitude. Cold and nice landscape. I walked alone for the entire 3-hour trip. Had met a group of young boys but they were waiting for their friend to come by. I was in no mood to wait. I continued the walk.

Back to the hutel. I took loads of pictures of the song-and-dance ceremony in which the damains (a group of Dalits who are known for playing musical instruments) played live music. Most of them and other people there were drunk. Jaand was being served pretty generously. The organizer of the party (his word) had come to the village from his workplace in India (a hotel in Chandigarh). He said he was an assistant to a cook with the Taaj hotel there. He had invited all the damains to play music at his home. At the end he and his wife danced together. The photographer in me delightfully captured the moment in my camera. The organizer paid damain some money. They in turn blessed him via some poorly sung songs.

I too was made to dance by the organizer, the hotel owner. He insisted several times that I take a glass of jaand. I respectfully declined. 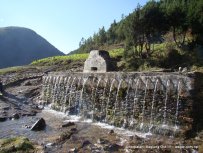 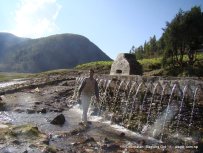 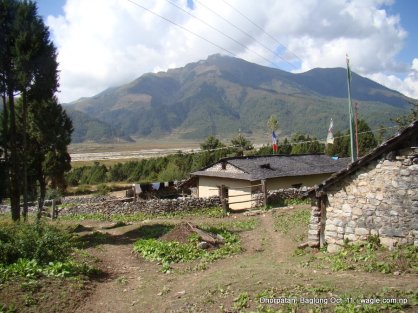 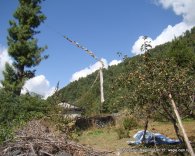 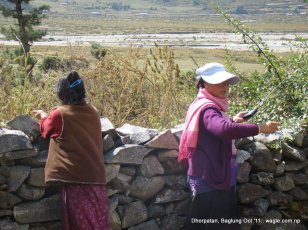 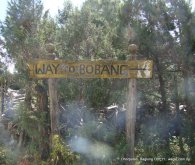 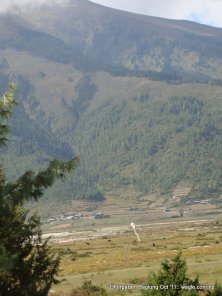 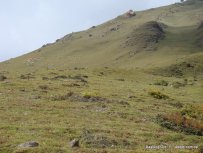 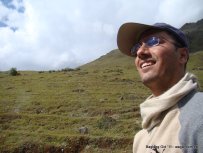 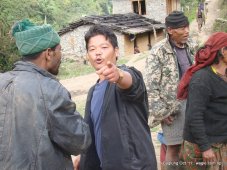 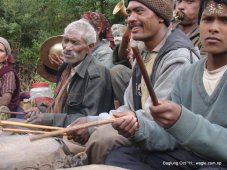 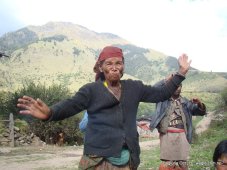 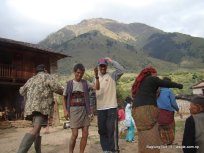 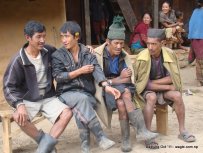 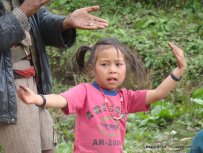 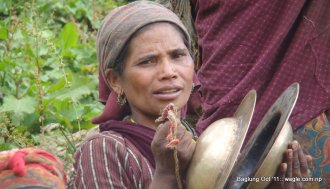 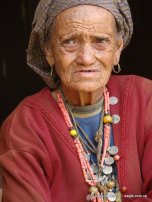 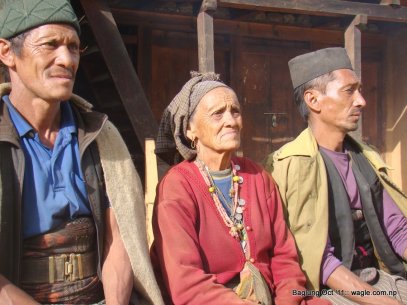 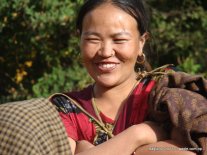 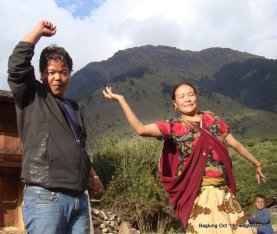 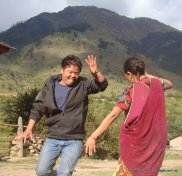 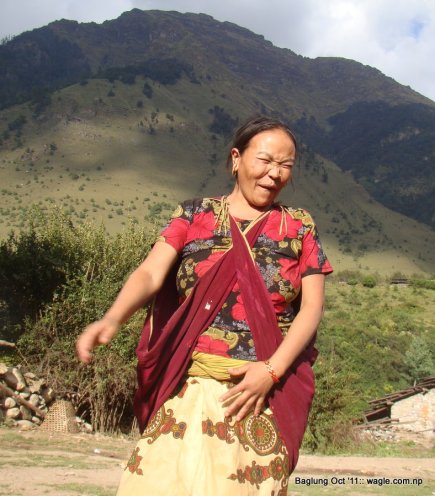 2 thoughts on “Crossed the Dhorpatan River. Danced in Nishel Dhor”