Last year February had begun with a trip to the hills of Ramechhap and an encounter with the water of Sunkoshi. 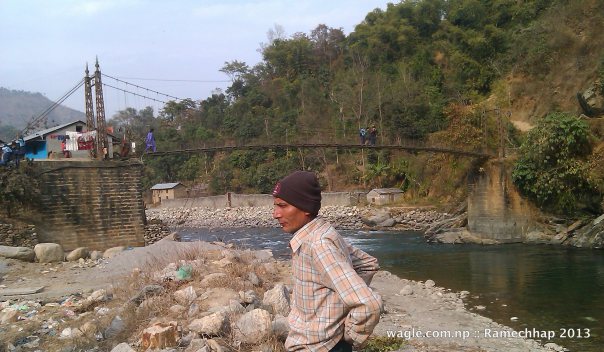 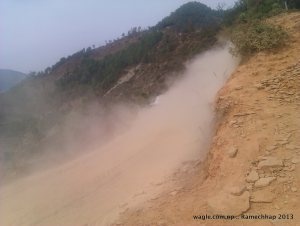 On way to Sanghutaar from Manthali. The road is recently built and is in operation during winter only

4-7 February 2013 Peter and I went to two hilly districts east of Kathmandu. Dolakha and Ramechhap. Business trip. One has to cross five rivers- Indrawati, Balephi, Sunkoshi, Tamakoshi (three times) and Khimti Khola- to reach Manthali, the district headquarter of Ramechhap. It Khandichaur, we paddled at Sunkoshi river for about 20 mins.

From Manthali, we drove to a place called Sanghutaar (sanghu= bridge, taar=a chunk of plain land) in a recently built, unpaved, super dusty and winter-only road. Sanghutaar is a 70-year-old small bazaar located right at the bank of Likhu Khola that separates Ramechhap from Okhaldhunga.

I was visiting this place after about 24 years. I was born and grew up in a…