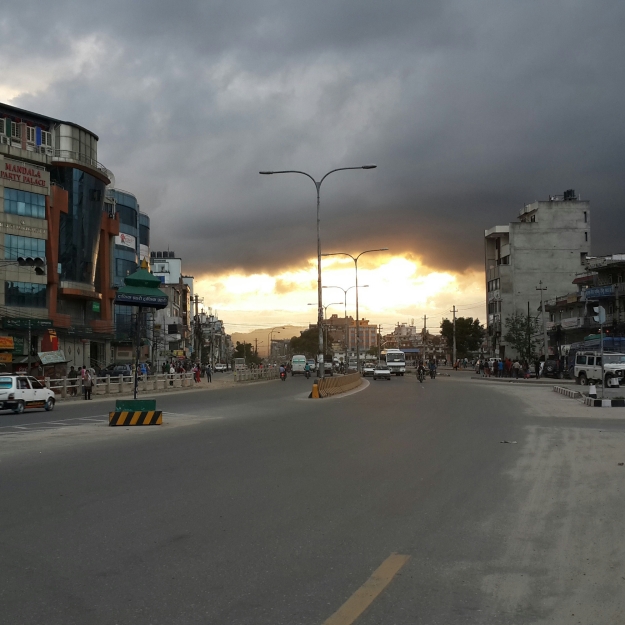 Monsoon is probably the best time to be in Kathmandu, a friend declared recently. Frequent shower washes dust from the atmosphere and air pollution is perhaps at its lowest during this time of the year. (The other is during a couple of weeks in October, I think, when the sorrounding hills look tiny compared to the majestic mountains that reemerge right behind them.)

Forget the roads that get muddy and flooded during the rains and afterwards. City still feels like a warzone but soon after rains stop look at the sky and the hills around the vally– green and lush and mostly clear.
END_OF_DOCUMENT_TOKEN_TO_BE_REPLACED

Just a few kilometers south from this point is Nepal’s border with India. Near Malangawa, Sarlahi. 21 June 2013.

21 June: My impression of Malangawa where I am now for the first time? Very basic bazaar. Feels like nothing here is in good shape. But that’s when you are frustrated. Feel good and you start realizing that the place is normal, like any other district headquarters that have unpaved roads, dilapidated buildings and dirty markets. That’s Nepal, of course. 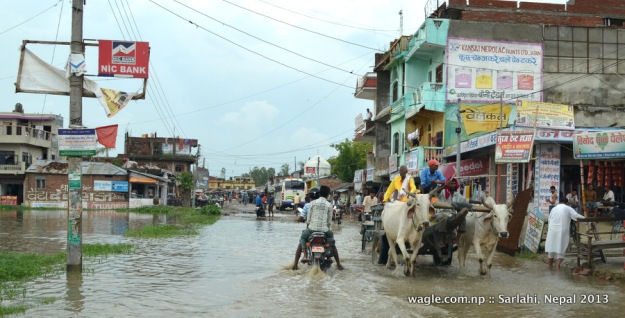 END_OF_DOCUMENT_TOKEN_TO_BE_REPLACED

P.S.: I am a Janti today, attending friends’ wedding. The sudden downpour briefly stopped the Janti procession- to those who were on bikes. The rain was so heavy that road was waterlogged in minutes. Now it’s a sunny day again.

Posted from WordPress for Android 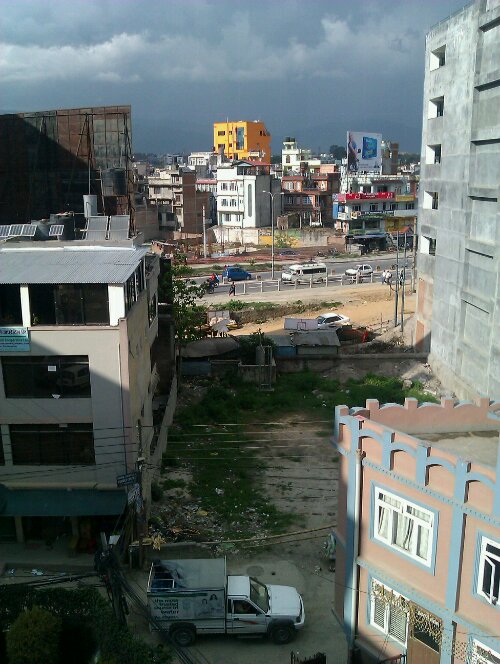 Two photos taken before (above) and during (below) rains in Kathmandu within two hours. It’s been raining a lot in the capital city these days. According to a report in today’s Nagarik daily by reporter Shyam Bhatta, this year’s pre-monsoon season has created record. Kathmandu valley saw heaviest of rainfall of this season on Friday with 27.7 milimeter. Normally, according to the report, the month of May experiences 116 mm of rainfall on average. “But this time the first week alone has seen 73.7 mm of rains.”

Whatever the data is I must say that I am enjoying the rains (especially the cool temperature- the direct result of the rains.) END_OF_DOCUMENT_TOKEN_TO_BE_REPLACED

Woke up this afternoon to see the neighborhood soaked in rains. Went outside, down the street, and walked around for a while. It was drizzling. Raindrops fell on my glasses. The view was partially obstructed. I was slightly annoyed but there was no hint of heat. That made me happy. It was refreshing. Back in the balcony on the third floor, I came close to the tall tree that is attached to the building. Rain had washed away dust from its leaves. They looked so clean. They were shining. I could see droplets sliding down those leaves and falling on the ground. Splash! Oh, I could almost hear that sound. It’s a peaceful day. 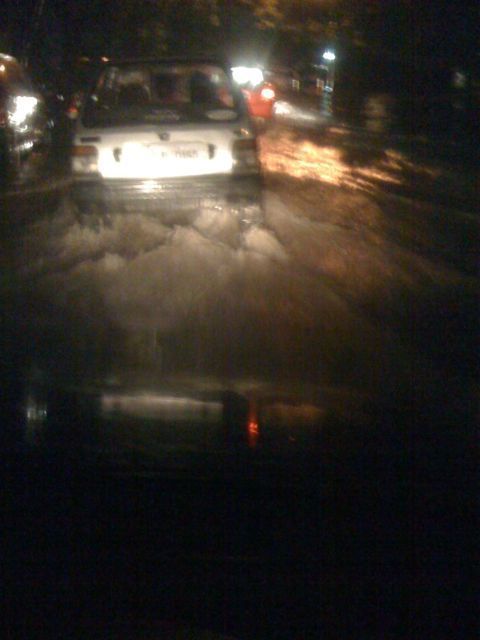 It was not surprising when the company that build $3 billion terminal at New Delhi’s international airport recently decided postpone the beginning of the operation of the landmark building by at least two weeks because of lack of “confidence”. After all this is India, the land of contrasts and paradoxes that is being touted as the next big thing on the world stage. The construction of such a lavish structure at the airport is a sure sign of India’s arrival but the reported lack of confidence is the proof that India still is very much a third world country that has millions of hungry beggars roaming on the streets. Contrast. Paradox.

Delhi’s Metro Rail is a $4 billion (and counting) mass transit system that provides excellent service on the world class infrastructure. More than a million passengers ride in the metro daily. So it’s not really surprising to see the large crowds waiting for the train at the Metro stations. Sometimes the crowds get so large, even by Indian standards, that passengers have to struggle hard to enter inside. Pushing, screaming, pulling, swearing and yelling are parts of the process. Some days are more animated than others. Like today (yesterday actually- Monday 12 July). The sudden downpour meant unexpected surge in the Metro ridership. The rush  resulted in delaying of the Metro service. END_OF_DOCUMENT_TOKEN_TO_BE_REPLACED