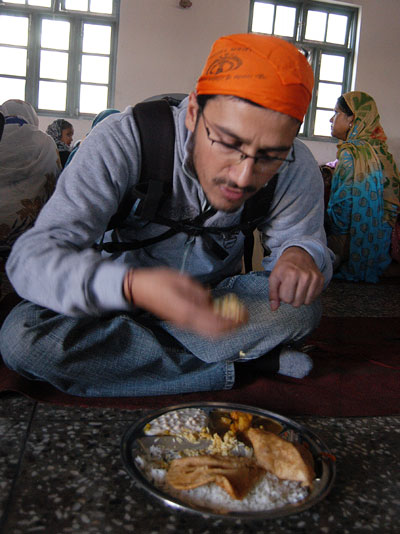 Wagle enjoying the delicious Langur, the community food served in the Gurudwara.Pic by Bikas Rauniar

After the Carter press conference, I went to a Gurudwara (Sikh Temple) located near the Thapathali bridge with Bikas Rauniar. Shikhs were celebrating the birth anniversary Guru Nanak and Bikas wanted to take photos of the celebrations. Since I was in his car, he asked me to come along with him for possible stories. Yes there was a story. I talked to a Sardar, original and from Punjab, India, as he was taking part in the musical celebrations. That was a pleasant conversation which I have included in a story about him and the celebrations that appeared in today’s Kantipur. Then there was a surprise for me: They serve food (the Prasad). Shikh devotees sit cross legged on the floor in several lines- male and female have separate lines- and eat the food that is cooked by the volunteers (which I found delicious and well served.) That was my first experience with the Gurudwara food. 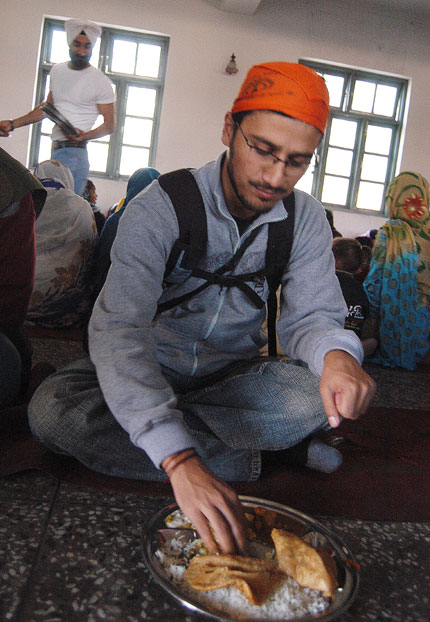