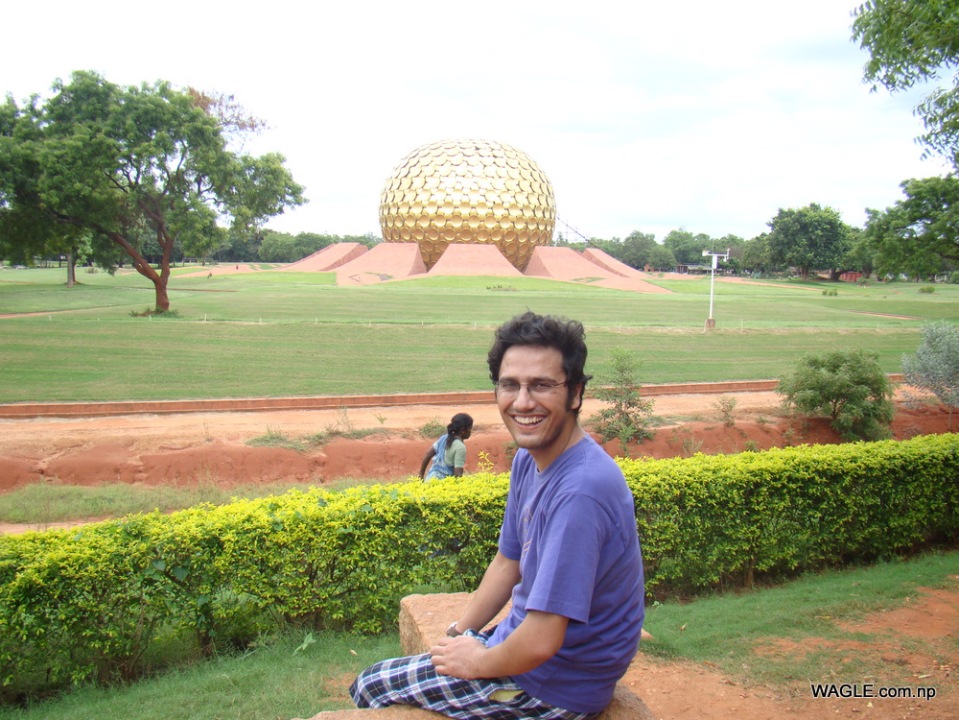 The Matrimandir (Sanskrit for Temple of The Mother) is an edifice of spiritual significance for practitioners of Integral yoga, situated at the center of Auroville initiated by The Mother of the Sri Aurobindo Ashram. It is called soul of the city and is situated in a large open space called Peace. Matrimandir, does not belong to any particular religion or sect.

The Matrimandir took 37 years to build, from the laying of the foundation stone at sunrise on 21st February 1971 – the Mother’s 93rd birthday – to completion in May 2008. It is in the form of a huge sphere surrounded by twelve pedestals. The central dome is covered by golden discs and reflects sunlight, which gives the structure its characteristic radiance. Inside this central dome is a meditation hall known as the inner chamber – this contains the largest optically-perfect glass globe in the world. The Matrimandir, and its surrounding gardens in the central Peace Area, is fully open to the public by appointment.
The four main pillars that support the structure of Matrimandir, and carry the Inner Chamber, have been set at the four main directions of the compass. These four pillars are symbolic of the four aspects of the mother as described by Sri Aurobindo, and are named after these four aspects.