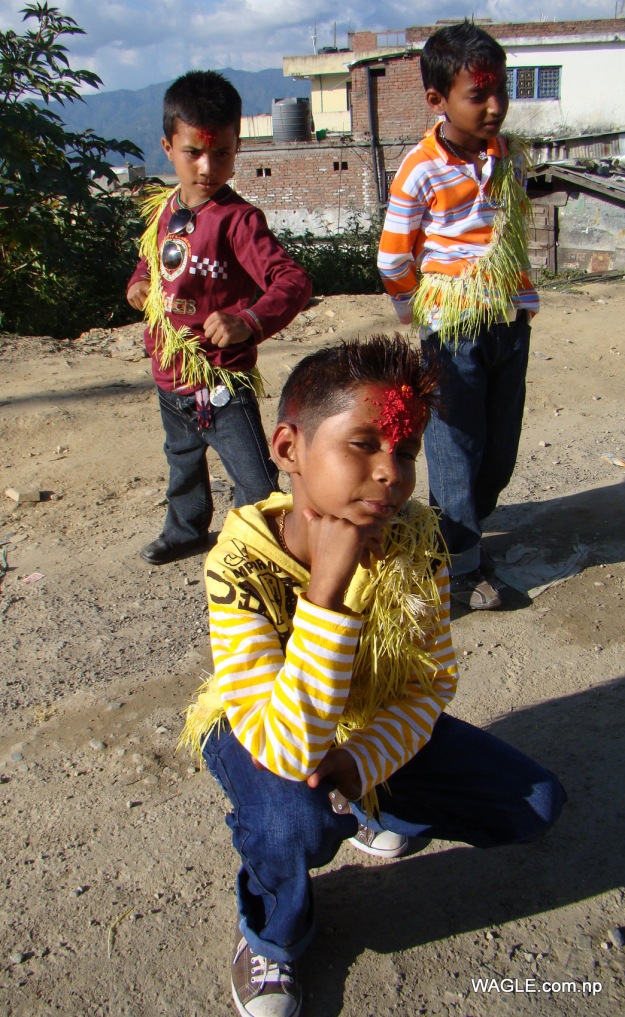 Rockstars of Dadeldhura: This pose too was their idea, I just clicked.

I was in Dadeldhura on the day of Tika this Dashain. The small bazaar on the hill was closed as people were busy celebrating the festival. I had to spend my Tika day on the hill because I was stuck there. The road was empty. I waited for a day for the buses to ply so that I could move to the next destination. To kill time and my curiosity about the way people celebrate Dashain I wandered around the the almost deserted bazaar. A few people, with tika on their forehead and jamara clipped to their ears, were walking on the street. I presumed that they were moving towards their relatives’ homes. Some men wore beautiful garlands of jamara. That was a new sight to me. We don’t do that in the east. Later a friend of mine in Dadeldhura told me that only so called tallo jaat (lower caste) people, especially damai wear jamara garlands on the Tika day. I am not sure if that’s the truth but it was definitely a new sight to me. I liked the idea. I thought about large families. They need to grow a lot of jamara to get enough garlands for each member of the family.

1. Time For Kids To Go Back To School (After Dashain Holiday) 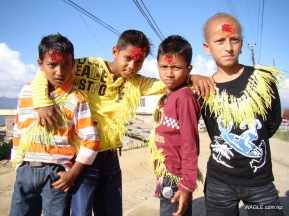 I met them on Tuphan Danda (hill) of Dadeldhura. They were roaming around, like all kids do on such occasions like the day of Tika, after putting tika and garland of jamara. From Left: Bishesh Jairu, 10; Yubaraj Pariyar, 12; Bijay Jairu, 11; Bibek Jairu, 11. They are all 5th graders at Bhrikuti Namuna Primary School in Dadeldhura. 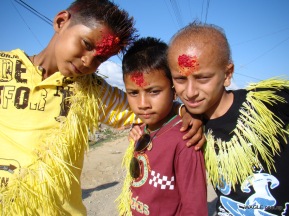 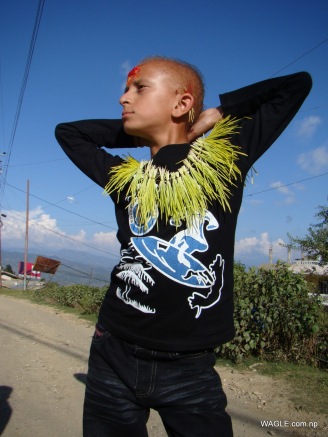 After taking thier group photo, I asked the boys if they wanted to pose in their own style. Bibek raised his hand and said he had some in his mind. This is what he did. 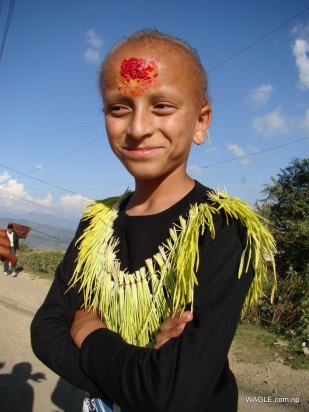 One of his postures for the camera. 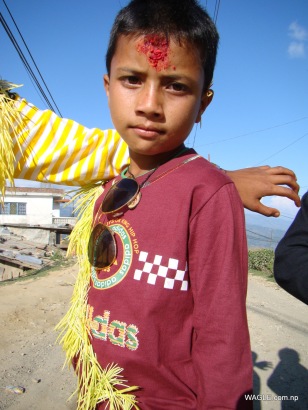 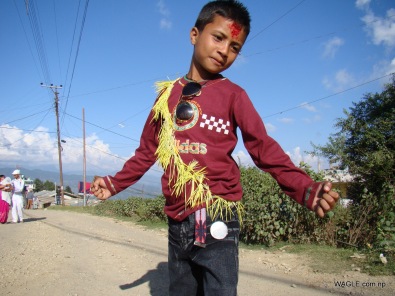 Then Bijay came up with his arms spread. 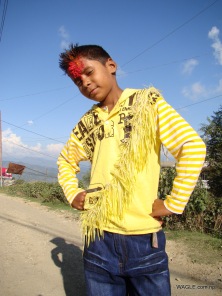 Then it was the turn of Yubaraj to pose with his own style. 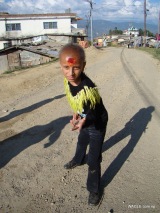 Soon there was some competition among the boys to pose with varieties of style for my camera. 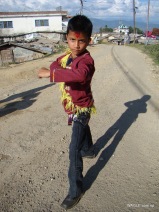 Rockstars of Dadeldhura: This pose too was their idea, I just clicked. 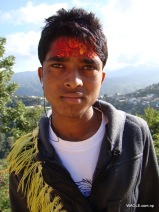 Sagar Sinjapati is a student of 10th grade in nearby Mahendra Namuna Higher Secondary School. 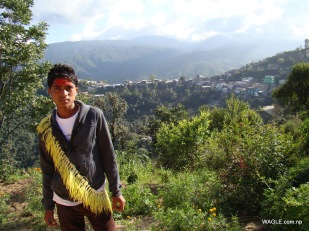 Soon after I left the four kids on Tuphan Danda, I found Sagar in his home enjoying the festival with his relatives. 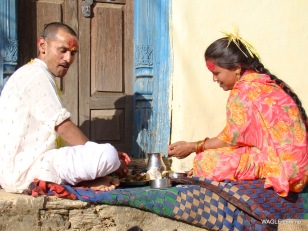 Near the Amar Gadhi (fort) this pair was having a quite lunch in the late afternoon on the day of Tika. The sun was shining bright and warmth, I suppose, was the primary reason for them to come outside to enjoy their food. I asked for their persmission to take their photo. The man happily agreed. “Linus, linus. Kina nahunu? [Yes, please. Why not?] Then he stopped eating, looked at my camera and gave a huge smile for amost 10 seconds. The lady, on the other hand, was reluctant. “No,” she said. “Don’t take.” A few seconds later she changed her mind perhaps because of the smile on her husband’s face. “Make it quick,” she said. I asked if they were married couple just to be hundred percent sure. They both confrimed with big smile and unanimous “yes”.
29.293359 80.570711

7 thoughts on “Kids of Dadeldhura on the Dashain Tika Day”