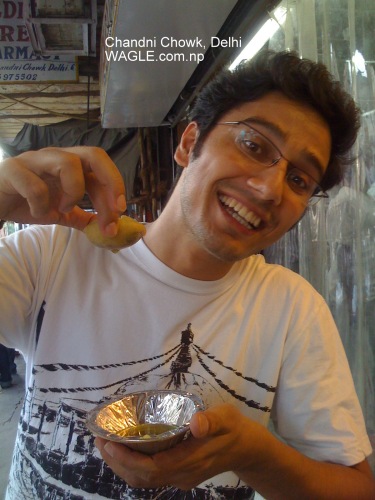 Pani Puri or Golgappa. Probably the most famous food in India?

The urban Indian streets are full of two things: people and food. Men and women of all ages and sizes standing around a small roadside food stall and eating is a common sight everywhere. Every market, big or small, upscale or otherwise, has several street food stalls. The trend is slowly growing in Kathmandu valley over the past few years (re: stalls selling momo, chatamari, bara etc. in New Road, Khicha Pokhari, New Baneshwor etc.) while the same is not new in Tarai parts of Nepal. In India, its the number that is intimidating. Perhaps that’s all understandable. It’s a country of more than a billion people. The street food culture is very much mainstream here. In these photos taken by my iPhone, one street food that is popular in several Indian cities including Delhi and Calcutta but is not considered really THE Indian, is missing. No prizes for guessing. That will be featured in a separate entry soon. 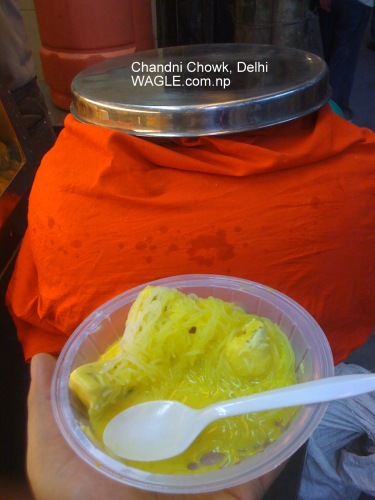 That yellow noodle-like thing was new to me. And also the way they served..in a plate. 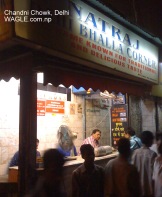 There’s always a crowd in front Natraj Dahi Bhalla (I tasted it first time here) that sometimes blocks a small alley leading up to the Chandni Chowk Metro station.

Near Jama Masjid: Best street tea in Delhi, I say. Gokul, you agree, no? 🙂 But go there only in the evenings. During day time you will see the ugly atmosphere and dirty surrounding which will ruin the taste. 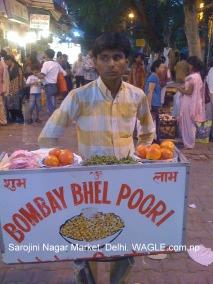 If you think poori means the puri as in roti, you are mistaken.

One thing that I noticed everywhere Delhi that is not found in Nepal so widely is that virtually every food that is sold on the street could be packed for home. 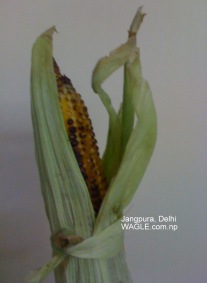 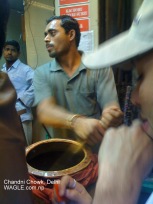 In the scorching heat of Delhi, chilled Kulfi Faluda comes as a blessing.

That yellow noodle-like thing was new to me. And also the way they served..in a plate.

One of the most popular foods in India. Equally savoured by people of all ages, I think!

Pani Puri or Golgappa, if you didn’t know, is sweet and sour liquid served in small hollow flour balls 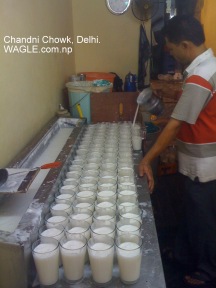 Never dare to give a buri jajar to anyone.

10 thoughts on “Street Food of Delhi (and India)”