Challenges of driving on a single lane ‘highway’.

I had gone to some rural villages of Lalitpur last week to see and experience the life there. All these villages are outside of Kathmandu valley though many people may think that the entire Lalitpur district lies inside the Valley. My colleague at Kantipur, Krishna Gyawali who covers Lalitpur for the newspaper, accompanied me. The trip started from Lagankhel where we took a bus to Chapagaun, the largest village of Lalitpur. At Chapagaun we bought tickets up to Chhapele, Bhattedanda. The first bus had already left by the time we reached there (8:30 am). This one was supposed to leave at 9 am but, as it happens with most things in Nepal, the bus finally left Chapagaun at 10:30. Rest of the travelogue, in Nepali, as published in Saturday’s Kantipur: यस्तै छ साथी हाम्रो हाल

Dinesh Wagle at Tinpane bhangyang. This point serves as the border of Kathmandu Valley…Bhatte Danda lies almost entirely outside the Valley. 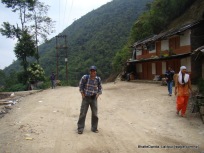 krishna gyawali at tinpane bhanjyang. Half an hour walk uphill and you’ll reach the place where PIA plan crash-landed some years back 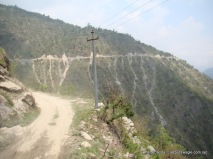 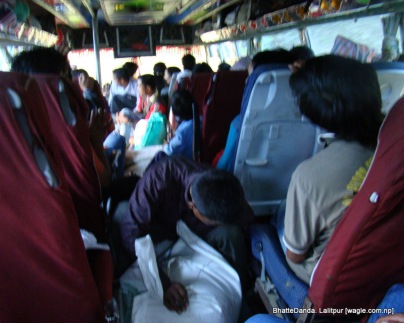 This near Tinpane Bhangyang while we were heading towards Gimdi. The bags contained sugar that spilled all over in the bus because of a hole created by the bumpy ride. 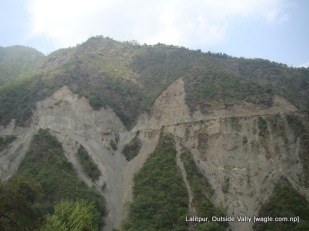 Risky journey of course but for many people there’s simply no option. Seats are filled up early and not more than two buses ply on the difficult-to-drive road. 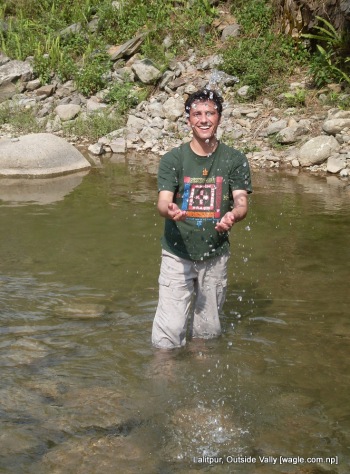 Playing with crystal clear water of Khani Khola. They are planning to open a hydro power project here so that the villages don’t have to depend on the central transmission line that is marred by up to 16 hours of load shedding. The stream, after running a few kilometers from this point, merges into Bagmati river. Bagmati is is bigger but polluted. Locals say they have stopped fishing since 9 years ago as fishes disappeared from the river. 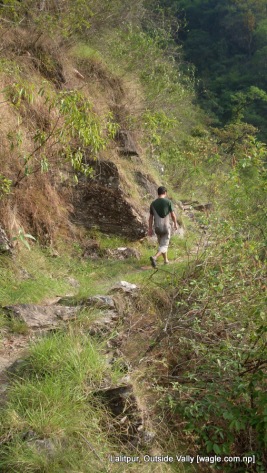 Just above Khani Khola. It was around 3 pm, no clouds on sky and the sun was blazing. I hate to walk on a low altitude like this but there was no option. We had chosen to follow people going for a local school to make Voter ID cards. We missed the only bus that was going to Gimdi. We walked for about 6 hours to reach Lukne, Pyutaar. 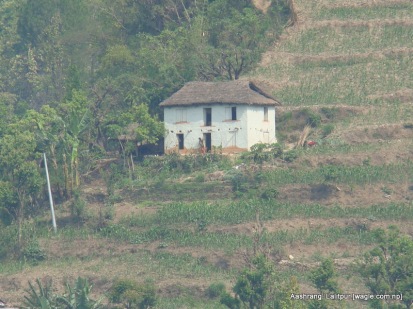 taken by Krishna from the place near Lukne, Ashrang, where we spent about two hours (or more) waiting for the bus coming from Gimdi village. 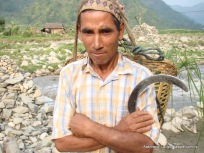 Only sickle, no Hammer. A man on his way to collecting grass 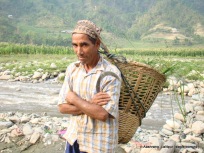 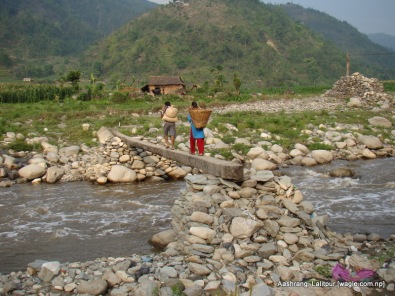 This is a makeshift bridge put up there by locals who have to go to their fields on the other side of Bagmati river. Bagmati changed its course in 2059 to come to the present place. This change meant some land was pushed on the Makwanpur side. 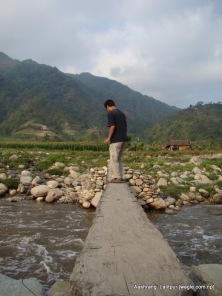 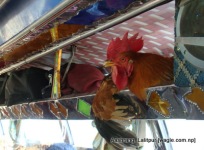 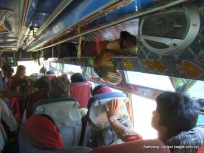 A mother sits on the floor of the bus as she didn’t get a seat for a few minutes. 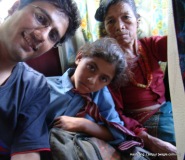 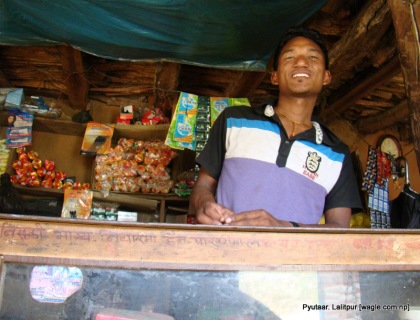 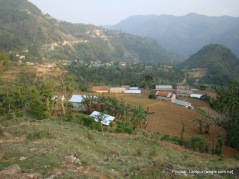 The driver said he wasn’t feeling well. The Gadi Sahayak (conductor) drove the bus in some places scaring passengers.

Pyutaar. The bus briefly stopped for refreshment and the driver wanted to take some photos 🙂 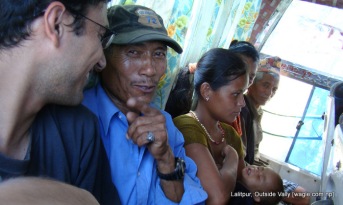 Our travel seat-parter in the bus.

Dhan Bhadur wanted to prove to me that he indeed was an ex-security gaurd.

10 thoughts on “A trip to rural Lalitpur (outside Kathmandu Valley)”